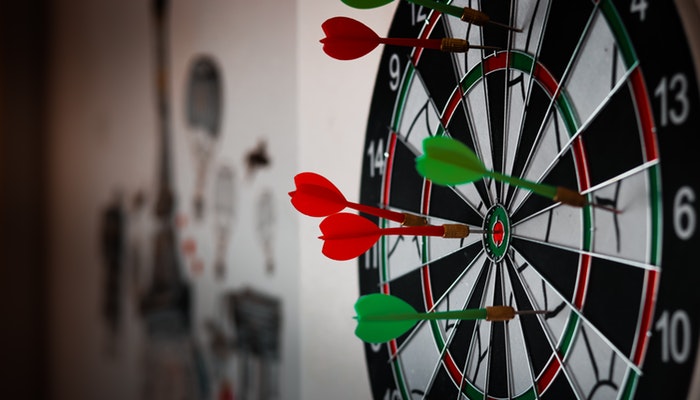 The basic rule of baseball dart is similar to the actual game baseball. Players need to score more points in every inning to win the game baseball darts. The rule involves hitting the number that matches the current inning. For instance, you need to hit number 1 on the dartboard in the first inning. The game continues until 9 innings are over.

Usually, the game is played till 9th innings. However, if the match is in a tie till the end of 9 innings, the players can continue playing extra innings. In the 10th inning, 10 is the target, 11 is the target in 11th inning and so on. You can play until the winner is determined clearly.

Scoring in the Game

To keep score in baseball darts, you need to pre-mark the nine rounds before starting innings. The names of the players should be mentioned at the top of the dartboard. When they play, the score is marked for every individual beside the spot allotted for every inning. Playing in a team will give you the chance to create a column for the running score. If you have space, you can keep the scoreboard horizontally like traditional baseball rule.

A variation on the rule includes playing with a 7th inning stretch. It creates an additional rule of the game, which implies that a player being unable to score a run in the 7th inning, will get half of the entire score. Playing with this stretch often may break a game.

A baseball darts game can be played with teams. If the teams are uneven, you may need to include a dummy player. It will allow you to even out the scoring. A dummy can have a predetermined score depending on the level of skill of the players. The score is divided equally amongst the innings.

In these games, triples are king and 9 is the highest possible score per player in every inning, which contains three triples. A perfect baseball dart game needs a score of 81 points. 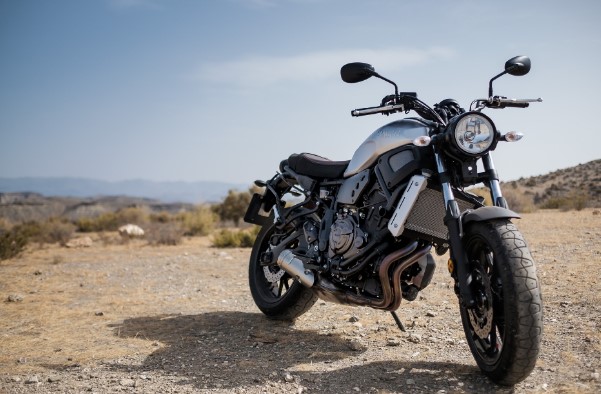 After working a government desk job for far too long, I realized it was time for a change. I did not feel fulfilled and I felt like I had given up on my dreams. As a teen, I knew exactly what I wanted in my adult life. Inspired by the 2004 movie ‘The Motorcycle Diaries’, I wanted to travel the world on a motorcycle, just like Che Guevara and Alberto Granado did in 1950s South America. I would get off the beaten track and discover every part of the continent. I would meet interesting people with fascinating lives in different social classes and learn everything there is to know about the world. I had it all planned out. But, as many of you can probably relate to, life got in the way. After graduation, I found a job and just stuck around. I met my partner, started a family and bought a house. And don’t get me wrong, I am very happy with my life, even though my responsibilities as a family man mean that I probably will never make the trip I always dreamed about.

But the fact that I cannot (and don’t want to) sell my house and abandon my family to hit the road doesn’t mean that I can’t follow my dreams a little bit. Last year, I quit my government job and started my own company as a motorcycle trader. I still have the stability of my family life and can help my clients to pursue their dreams. With the help of Double R Trading, I am even able to export motorcycles to all parts of the world! They supply worldwide and take care of all the packing and shipping. Double R Trading even developed their own special crate, to make sure that all the bikes are shipped in perfect condition. Of course, it is scary to quit your job and start your own company. It is a big risk. But with great and reliable partners like Double R Trading, it is a risk worth taking. They will export everything I want for me, even ATV’s and Suzuki outboard engines. I can order a single motorcycle or a container load, and know that I can rely on great service. Double R Trading allows me to go the extra mile for my clients. One year into the business, I have many satisfied customers and I can’t wait to find more. 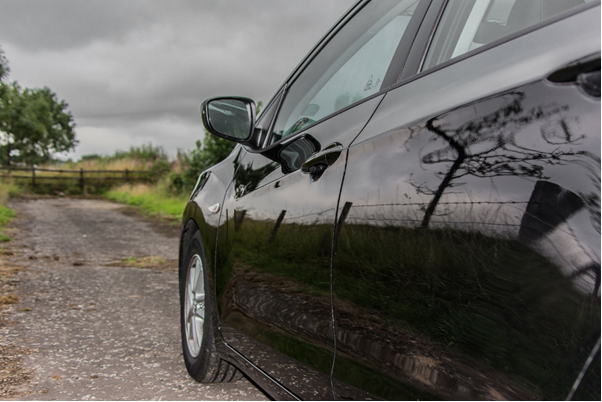 Are you planning to visit the Netherlands for vacation? Are you looking for ways to save some money? If so, you have definitely landed on the right page! When going on a vacation it can always come in handy to save some money, if you have to option to do so. Because you have to pay for public transportation, you will be put in a position where you have to pay a lot of money, that isn’t necessary. Therefore, using a car rental Netherlands you are thinking in the right way if you want to save some money. Besides saving money however, you can enjoy much more advantages. Do you want to know more about car rental Netherlands? Read further to find out about all its plus points!

Go wherever you please

Better for your wallet

When you are traveling with car rental Netherlands you will notice that your wallet will be thicker during your stay in the Netherlands. Because you don’t have to play single travel tickets for everyone, you are able to save a lot of money. Of course, you don’t have to take the money with you, but you get to choose if you want to. It is always advised to make use of a car rental Netherlands, because you will save way more money.

To bring about change and improve the existing processes and circumstances in the workplace, the foremost necessity is a positive attitude. The mindset lean six sigma refers to such a state of mind where one perceives change as an essential element of life, empowering innovation and improvement. While many lean six sigma people have adopted this mindset, few know how to effect change by employing it.

Lean six sigma can be used to solve myriad problems and this is what makes it unique and desired by many companies. There are two distinct processes running simultaneously for solving the problems. The first is focused on solving the minute issues that keep coming up regularly and need to be solved then and there. Minute issues often turn into complex ones if not taken care of on time. The second process involves the undertaking of initiatives to solve a major issue.

To apply the continuous problem-solving mindset under lean six sigma, one can employ techniques like workshops and meetings every week, monthly performance and improvement reviews etc. This is becoming quite popular now in offices. This will ensure that the initiative keeps progressing and does not halt at a point. The process itself should also keep improving so that productivity increases on a continuous basis.

Again, to do any job, the tools available for it are important too. However, most people treat lean six sigma as a methodology and depend entirely on the tools. The mindset and how one employs these tools is more crucial in determining the success of the initiative. The leader should be able to pick the right tools for the job and utilise the resources available in the most viable way to generate the most result.

With a positive mindset, all problems can be handled tactfully.

Welcome to WordPress. This is your first post. Edit or delete it, then start writing!